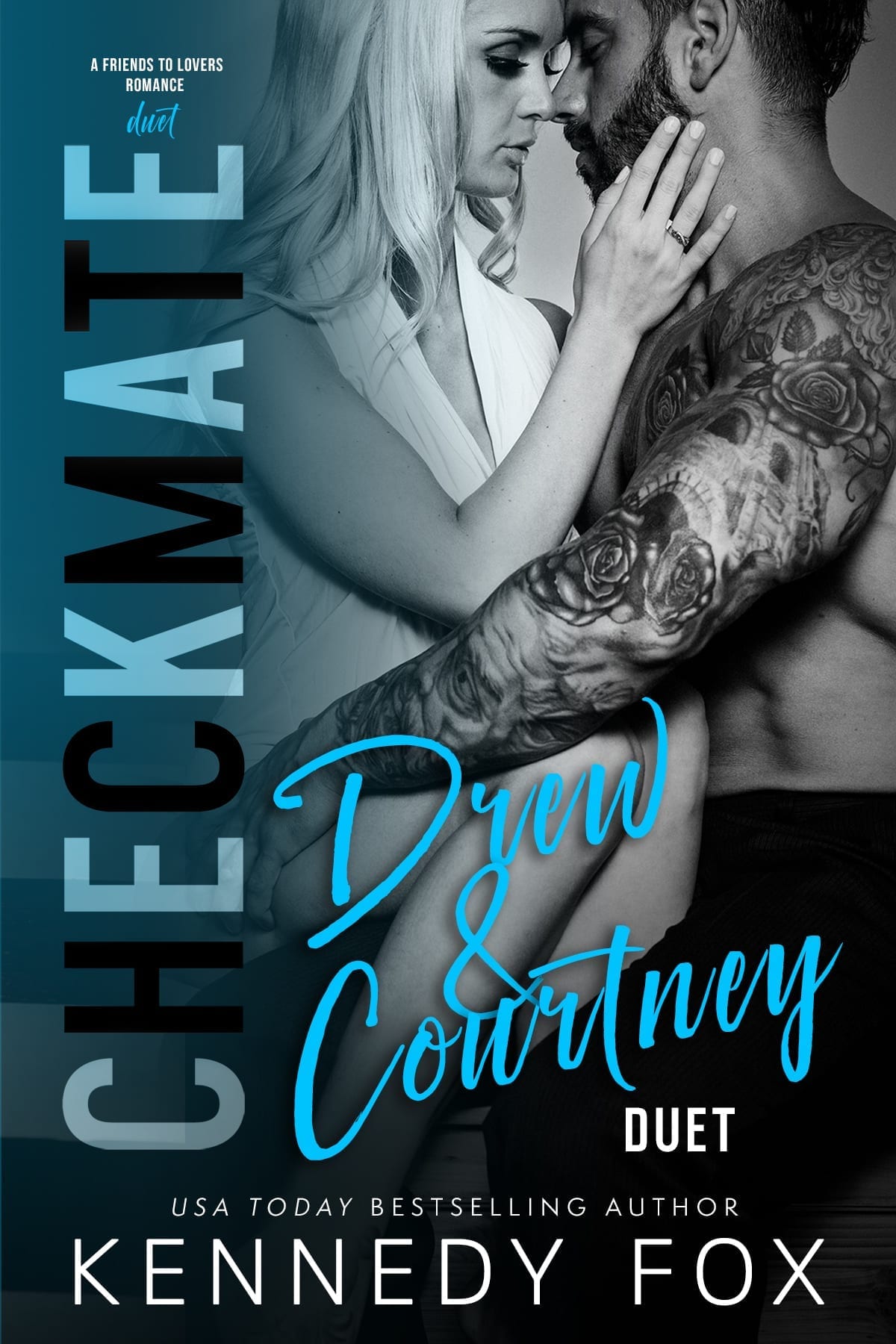 Introducing the complete Drew & Courtney saga in the Checkmate series from the USA Today Bestselling duo Kennedy Fox!
Checkmate: This is Reckless & This is Effortless is a friends to lovers romance will have you swooning and laughing from the first to the last page! Are you ready to play the game?

***
Drew Fisher is the type of guy every girl wants.
Noble police officer by day, charming prince by night.

He has no idea the effect he has on women, especially Courtney—his little sister’s best friend. She’s the blonde Southern belle who lives up to the cliché, except she has her own quirks. She’s smart as a whip, can change her own oil, and recite The Pledge of Allegiance backward, but no matter what, he doesn’t see that girl. It’d be easier to forget him if he wasn’t Courtney’s roommate and if the first thing she saw in the morning wasn’t his shirtless body covered in tattoos. She’s crushed on him since the day they met, but he’s made it perfectly clear where they stand. Just friends.

Courtney Bishop is as sugary sweet as her famous blueberry muffins.
Southern belle at heart, Cali girl by choice.
She barged into Drew’s life and they easily became best friends.
All was great as roommates and just friends, but then he started to fall for the girl who could chop firewood, deliver baby calves, and bail hay without breaking a sweat.
She’s the perfect mixture of sugar and spice, and he wants her.

One drunken hookup leaves them with much more than a platonic friendship.
Pretending it never happened proves to be more difficult than either of them anticipated.
A crazy ex-girlfriend, a dangerous war of stolen glances, and passionate kisses leads to the most reckless battle yet.

Loving each other comes easy, but losing their friendship will break them. Burning passion combined with an undeniable chemistry constantly pushes and pulls them together. In the end, Drew strives to prove they’re worth the fight, even when the game is far from over.

*Recommend for ages 18+ due to sexual content and adult language.*