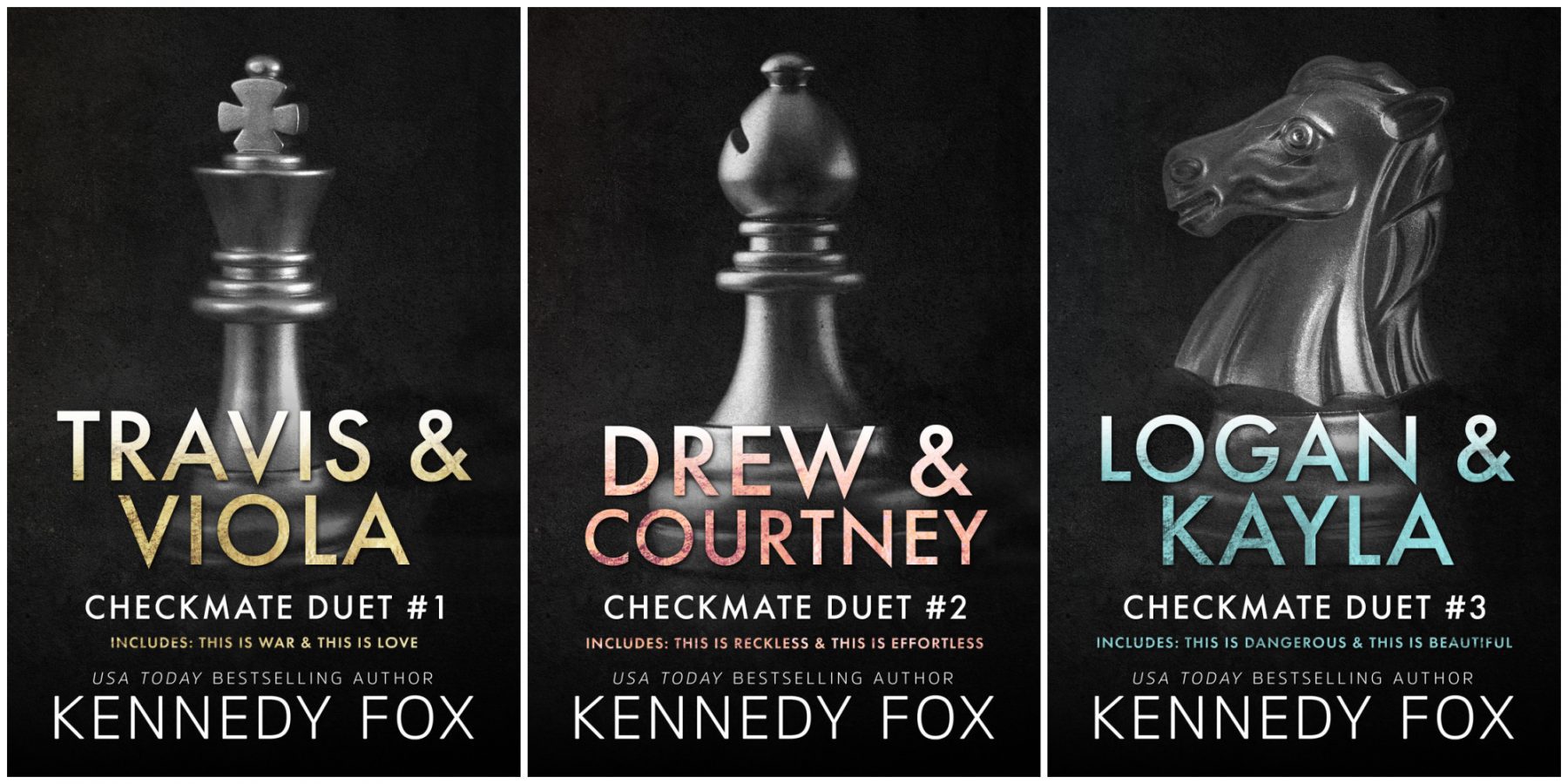 This is War & This is Love

Viola’s always been off-limits, but Travis is determined to keep crossing the line. She tries to push him away, but he’ll do anything to prove he’s done playing games. Until then, they’ll play by their own rules to see who will win the biggest battle yet-love or hate?

This is Reckless & This is Effortless

Drew and Courtney have one drunken hookup that leaves them with much more than a platonic friendship. Pretending it never happened is a lot more difficult than either anticipated. Burning passion combined with an undeniable chemistry constantly pushes and pulls them together. In the end, Drew strives to prove they’re worth the fight, even when the game is far from over.

This is Dangerous & This is Beautiful

Logan may think he has Kayla all figured out, but she’s determined to prove him wrong. When unexpected tragedy strikes and Kayla forgets their relationship ever existed, Logan’s worst nightmare comes true. He’ll do anything to remind her of the love they shared. It’s an uphill battle, but Logan won’t walk away without a fight. 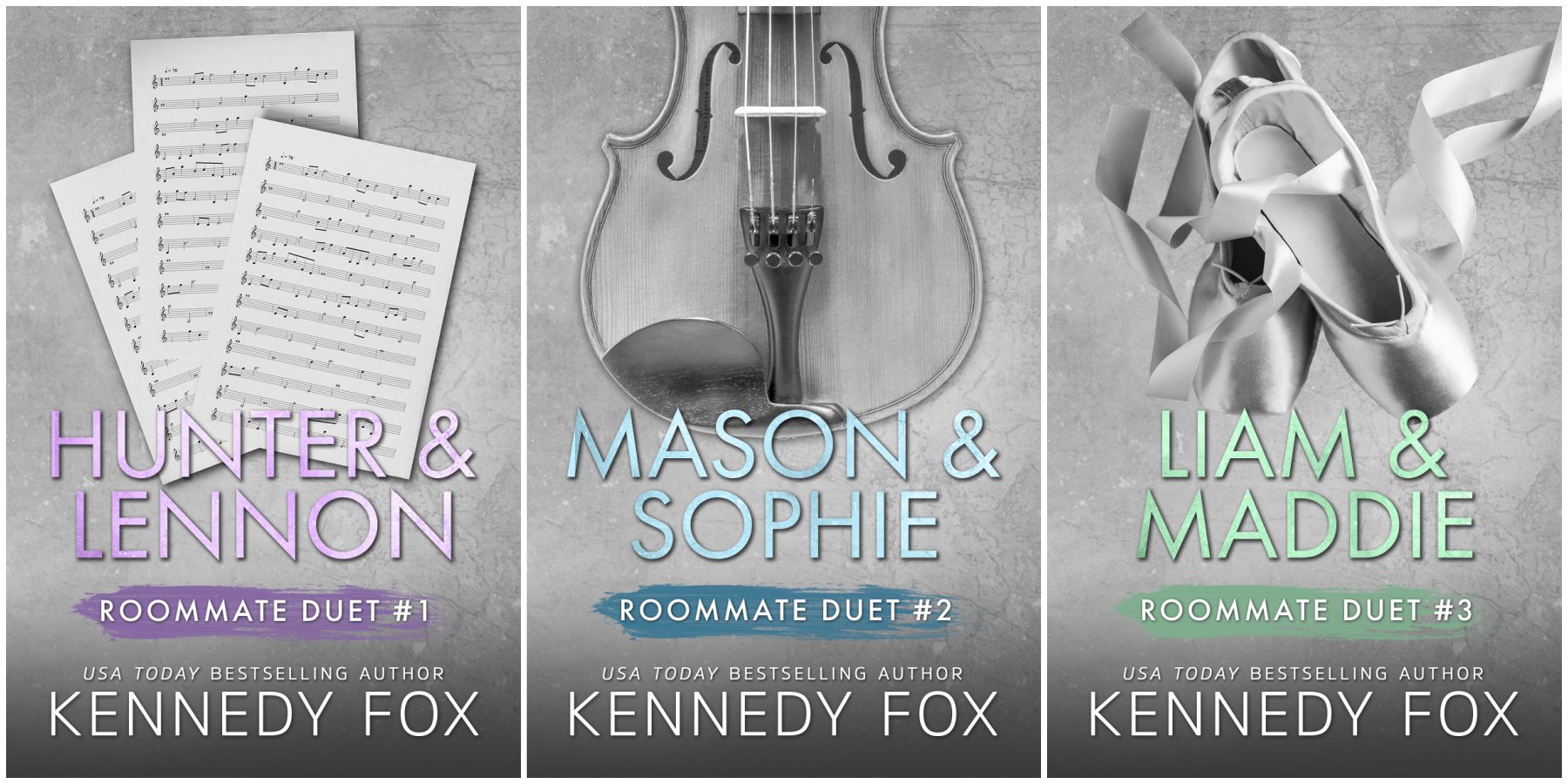 A slow burn duet series involving three sisters who find their true selves and love in the process.

Baby Mine & Baby Yours
Hunter and Lennon fight over everything, but he can’t seem to get her off his mind, which is especially difficult since they’re roommates. When tragedy strikes, they’re left to deal with it together. Instead of being at war, they slowly become friends and lean on one another. Just as they come to terms with their new reality, a life-changing event affects them both. When Lennon’s finally ready to admit her feelings, it all comes crashing down when she learns Hunter’s been keeping secrets.

Truly Mine & Truly Yours
After Mason and Sophie’s random hookup, she becomes off-limits and friends are all they can ever be. Though Mason’s always had feelings for her and just wants to protect her, she pushes him away. He wants to prove he’s the good guy but when one night turns tragic, he’s arrested for murder. As their world spirals out of control, he continues to take care of her. When their relationship finally blossoms into something more, someone threatens to pull them apart. Only this time, Sophie’s ready to fight for what she’s always wanted—him.

Always Mine & Always Yours
Liam and Maddie are friends but their flirting says otherwise. Maddie’s determined to break down Liam’s walls and eventually succeeds—neither of them able to deny their chemistry. When they’re close to finding their happily ever after, secrets and betrayal tear them apart. Although their situation grows more dangerous, Liam’s still determined to save their relationship. Playing with corruption and power will not end well, but Maddie refuses to let him fight alone. She won’t give up on the love of her life, even if she might not be able to save him. 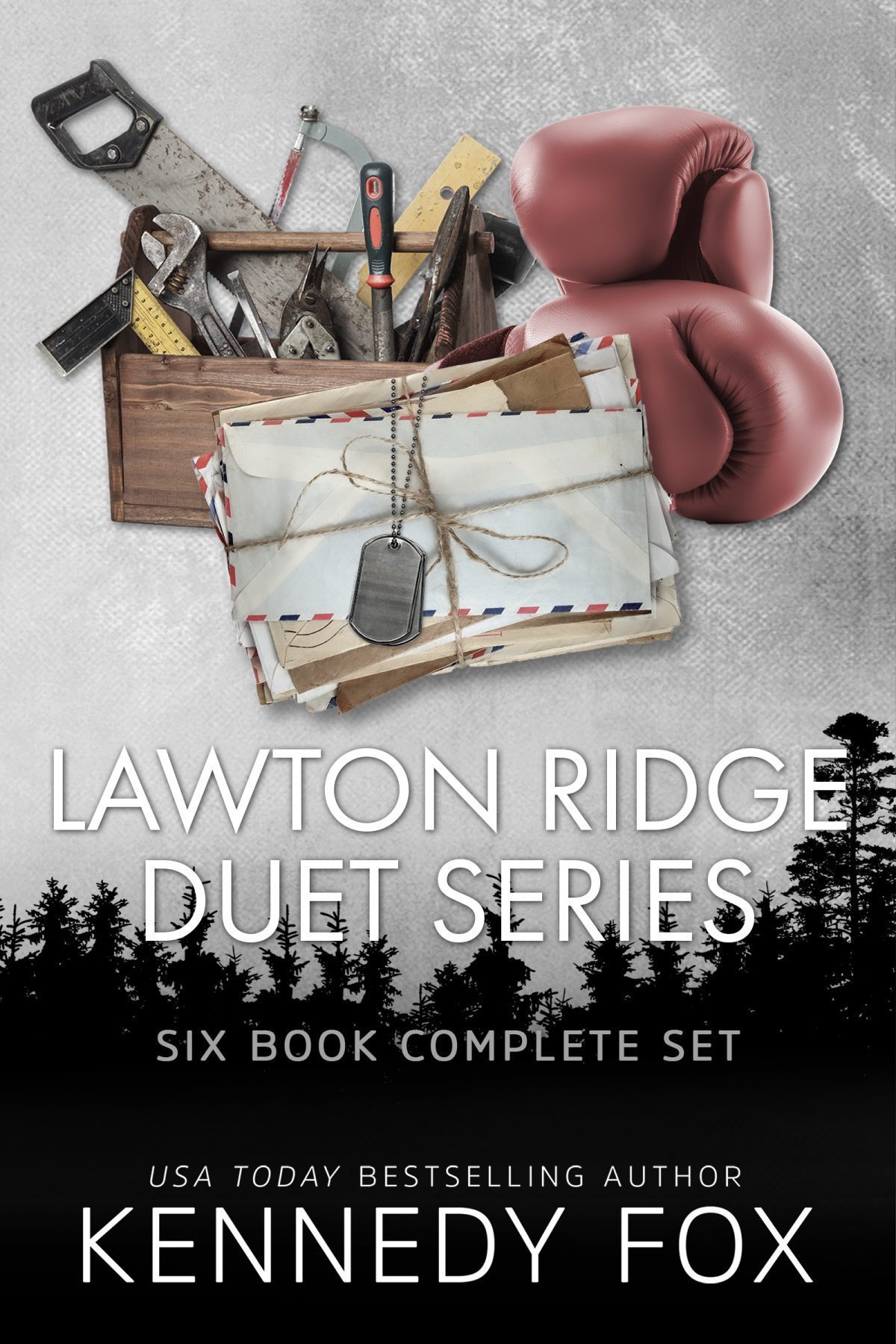 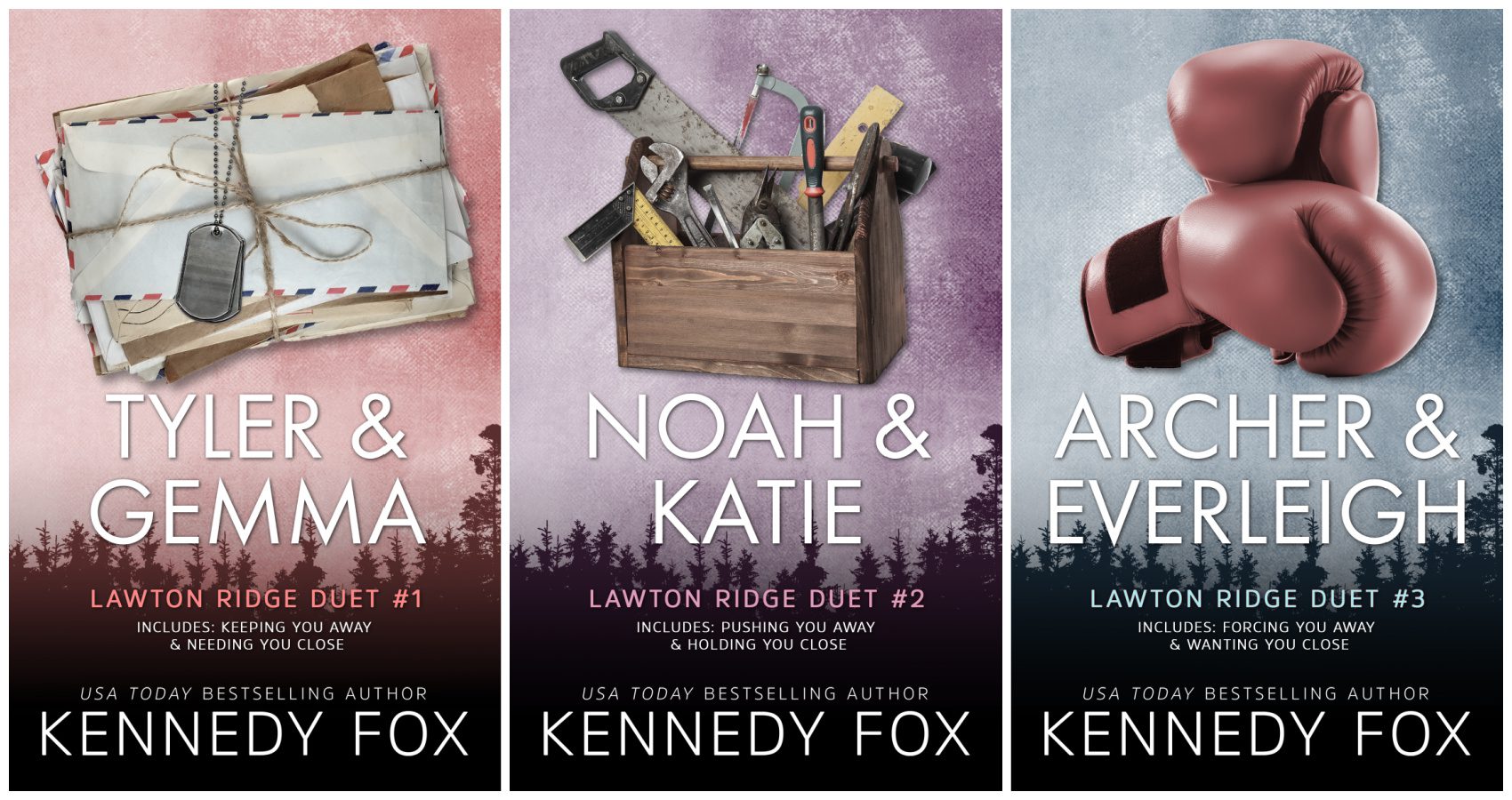 A small-town romance duet series involving three best friends who find themselves while fighting for love and family.

Keeping You Away & Needing You Close
Tyler’s never forgotten about his first love—the only woman who’s ever held his heart—Gemma Reid. When he starts working for her father’s business, the last thing he anticipates is still having feelings for her. He’s only ever wanted her to be happy, but she’s engaged to a man who’s all wrong for her, and now he can’t stay away. Tyler risks everything to protect her, and hopefully, win her heart again.

Pushing You Away &  Holding You Close
Noah’s in love with his best friend Katie, but it’s a secret he keeps buried deep inside. When one night changes everything, she not only loses her husband but her best friend too. After a decade of being alone, Katie realizes she can only depend on herself. While Noah’s return is inevitable, she doesn’t want to deal with him pushing his way back into her life, but she might not have a choice. He makes it clear he’s staying and is dead set on proving he’s always been the one for her.

Forcing You Away & Wanting You Close
Archer and Everleigh might be roommates, but there’s more bubbling under the surface. While Archer’s tired of forcing her away, he also doesn’t want to betray his best friend and Everleigh’s brother. Eventually, she breaks down his walls and can no longer deny what they both want. After the two admit their true feelings, trouble finds them. Archer refuses to let anyone or anything stand in the way of their happiness—regardless if he could lose it all—because Everleigh’s a risk worth taking. 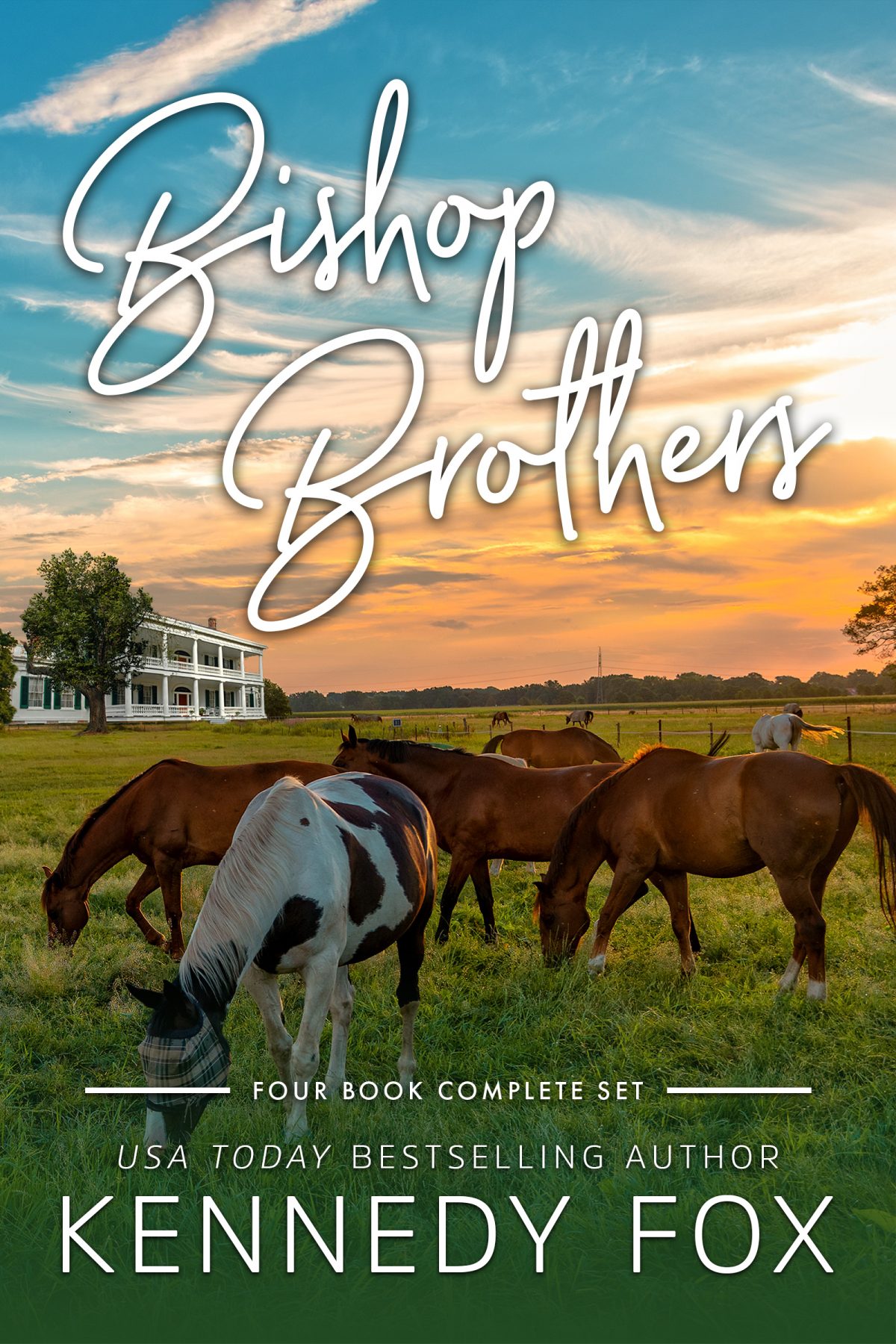 The Bishop brothers are sexy, southern gentlemen who have been known to break a few hearts. They are the epitome of unattainability, but it doesn’t mean they won’t settle down when they meet the right woman.

Taming Him
Two weeks on the beach is what Alex and River need. No strings attached, no expectations, no broken hearts. Too bad the universe has other plans—one that’ll change the entire course of their lives in just nine short months.

Needing Him
Evan and Emily want the same thing—one night of passion then they’ll go their separate ways. No cuddling afterward. No next day phone calls. No awkward goodbyes. Unfortunately, when they report to work on Monday morning, they realize that’s not going to happen now that they’re co-workers.

Chasing Him
John and Mila know better than to mix business with pleasure, especially since she’s the nanny. That means no stolen glances and definitely no kissing behind closed doors—as impossible as that is. As they grow closer and their feelings become stronger, something happens that could take away the thing that binds them together.

Keeping Him
Jackson has lost his best friend Kiera for good and can only blame himself. He can’t bear to watch the woman he loves walk down the aisle to someone else. Kiera’s been having second thoughts and knows she can’t let Jackson go. She’ll do whatever it takes to keep him—even if it means running out on her wedding. MAKE ME FORGET
Writing romance novels comes with its perk—traveling, meeting new people, creating characters—but Ethan Rochester enters my life and rearranges my preconceived notions about writing what inspires me. His body’s the ultimate temptation, but his condescending personality makes him a notorious heartbreaker.

When we’re forced to be neighbors, he makes me forget my rules, and soon my upcoming deadline isn’t the only thing I’m dreading.

MAKE ME CRAZY
Being an author’s assistant comes with its perks but when Maverick Kingston barges into my life and becomes my responsibility, he’s more than I can handle. He pushes my every boundary and rearranges my thoughts on playing it safe.

When we’re forced to take a two-week road trip together, he makes me crazy in more ways than one and rearranges my thoughts on playing it safe.

Being a professional photographer has many perks—traveling, being my own boss, and working with people—but it’s not always easy. Cotton Langston could care less about my current project and is determined to make me work for every single photo.

When we’re forced to see each other every day, the spark between us ignites, and soon he’s making me want to stay. 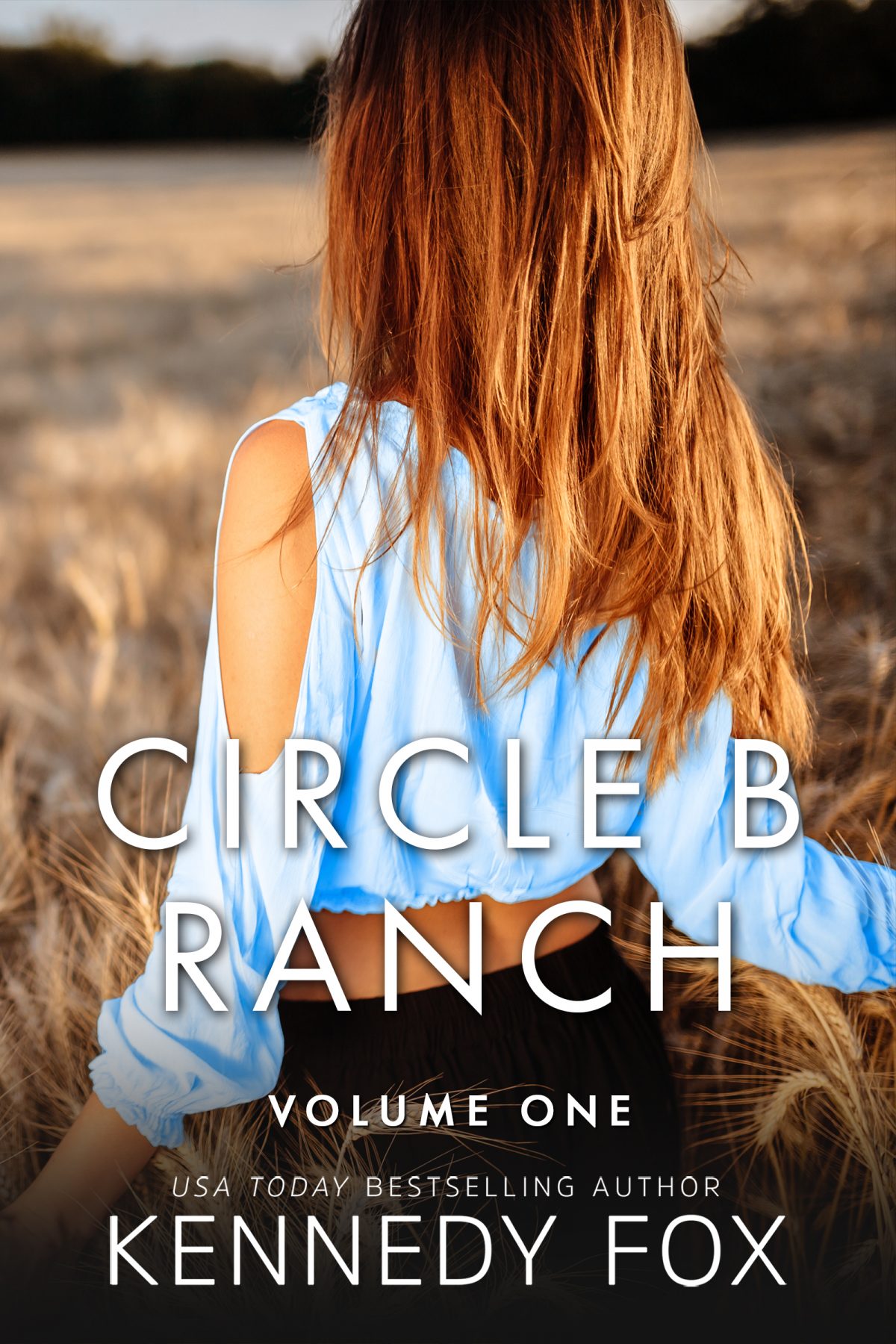 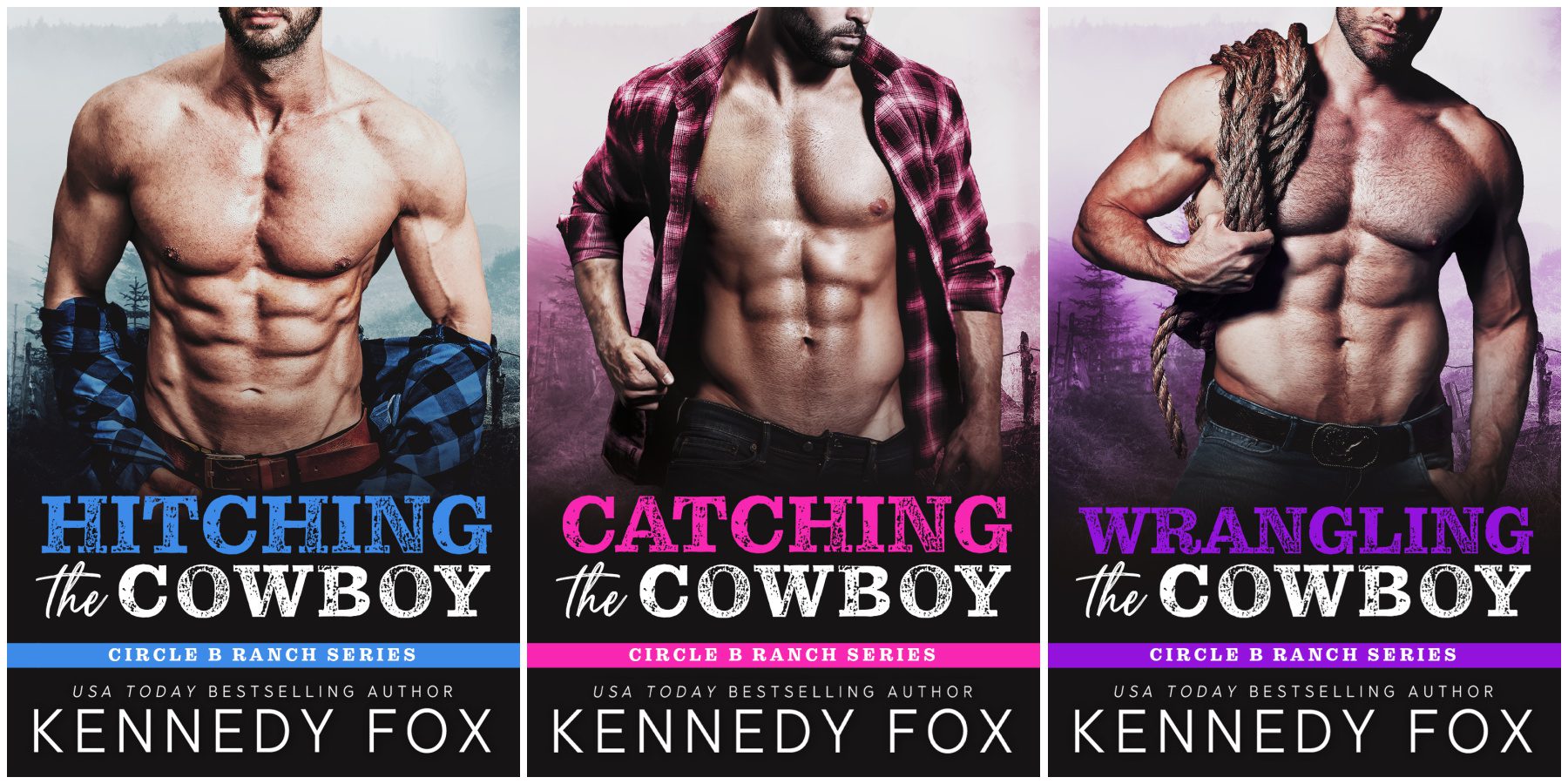 Meet three Southern men who work hard, but play harder.
Living on a ranch isn’t easy, but neither is falling in love.

Deciding to give their spontaneous Vegas marriage a chance, Zoey moves from her big city life to a small-town Texas ranch. She has to figure out if the connection she shared with Riley Bishop is deeper than their one-night stand before announcing to her family she got hitched to a cowboy.

One moment changes everything—for better or worse—and a secret could destroy them both.

Spending time together is a bad idea, but neither can deny the chemistry sizzling between them. Private talks turn into late night adventures and just when Rowan Bishop’s willing to admit how she feels about her brother’s best friend, Diesel’s past ruins their picture perfect romance.

One secret turns into another and before either can grasp their new reality, more truths unravel—threatening to expose their forbidden relationship.

After months of giving Maize Bishop space, Gavin grows tired of waiting for her to admit what they both want—a second round between the sheets. It may only take eight seconds to win a bull riding championship, but he’ll prove to her that he can go all night long.

She’s younger, he’s too arrogant, and together, they’re electric—the perfect recipe for disaster. 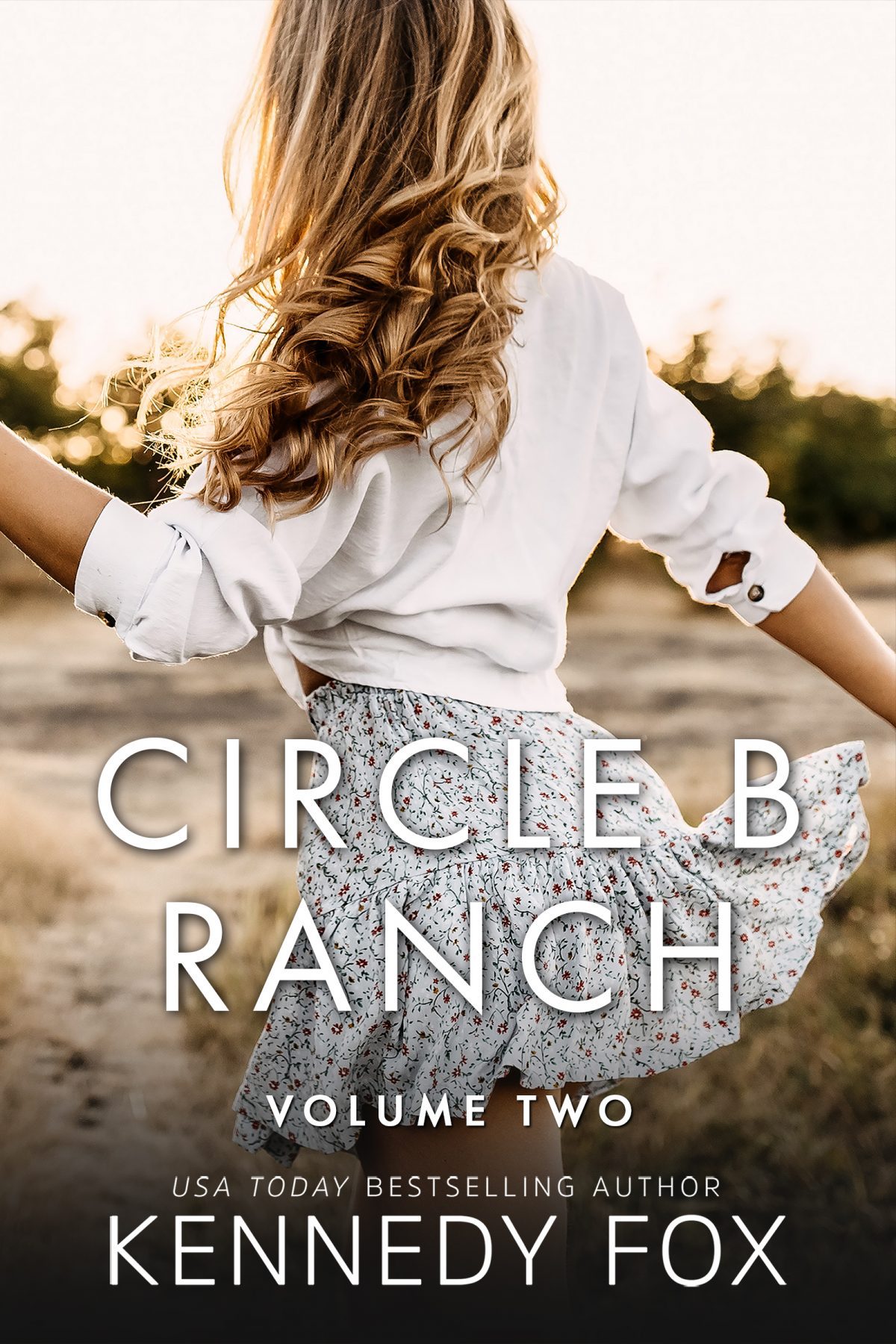 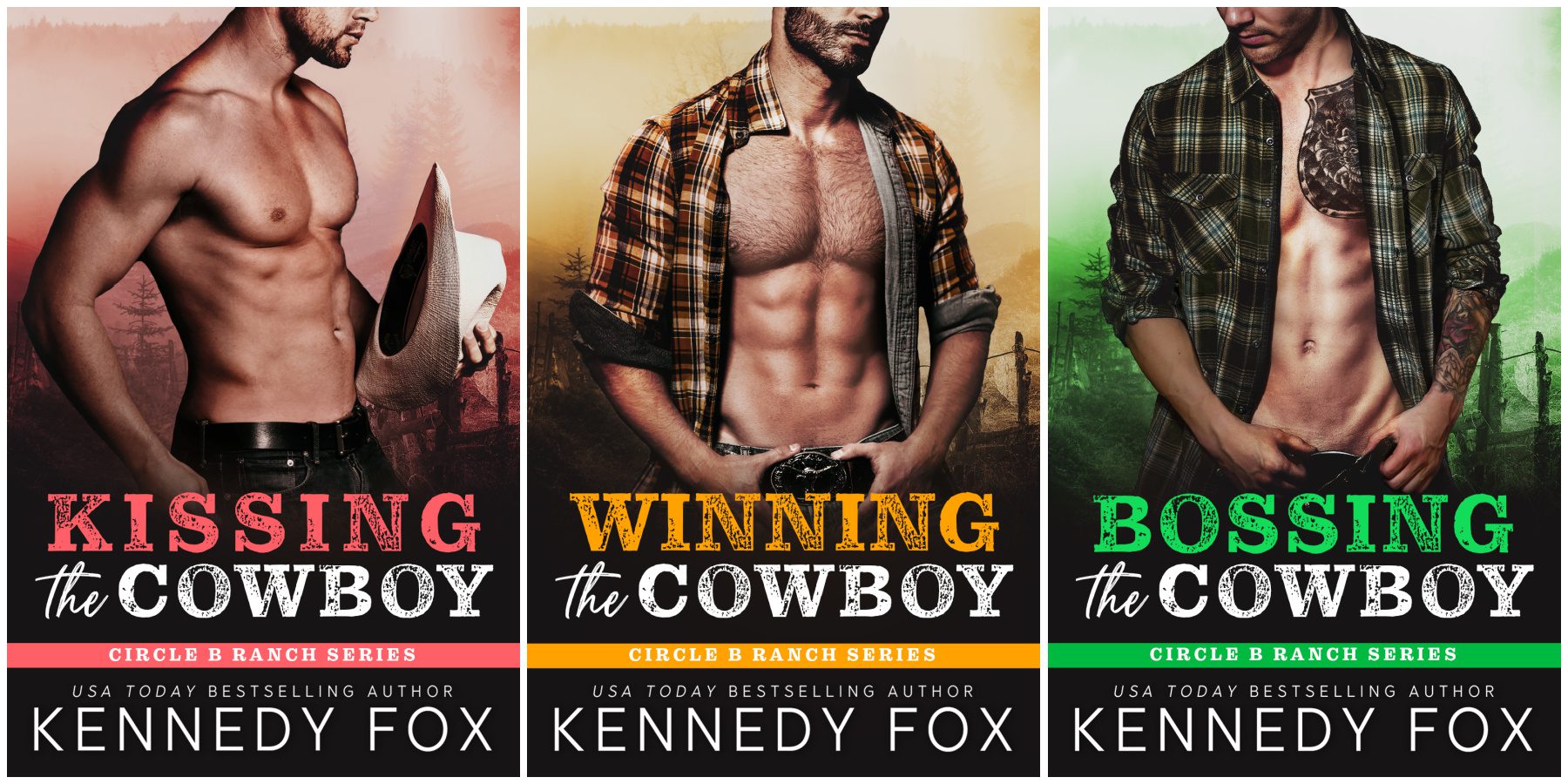 Meet three Southern men who work hard, but play harder.
Living on a ranch isn’t easy, but neither is falling in love.

After surviving a messy divorce and custody battle, Connor decides to focus on his career. That is until an attractive woman joins his veterinarian clinic, but dating someone who works for him would be unprofessional. Elizabeth Bishop can’t stand how her boss treats her, but the job opportunities in her small town are limited. So she’s stuck avoiding him whenever possible, even if their growing attraction is becoming more obvious.

Although he pushes her away, she’s determined to pull him closer—showing him exactly what they’ve both been missing.

After drinking a bottle of wine, Harper tells her business rival that she recently got engaged. Now she needs a fake fiancé or to admit she lied. Ethan Bishop will do anything for his best friend, even if it means risking his heart. Pretending to be engaged to the woman he’s always loved proves to be difficult—especially when repressed feelings bubble to the surface.

Just as they feared, their friendship’s no longer the same. However, one thing’s certain—there’s no going back now.

Working on the ranch and settling down is all Grayson’s ever wanted in life. When he meets the woman who could make that a reality, he learns she hates him with every fiber of her being. Mackenzie Bishop can tolerate a lot until it comes to the one man who drives her crazy. He acts like he doesn’t know what he did, but she’ll never forget.

Although she refuses to give him the time of day, they form a truce and everything changes—just not in the way he expected.