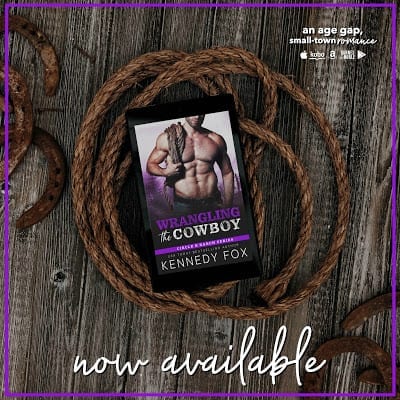 Wrangling the Cowboy is available everywhere! 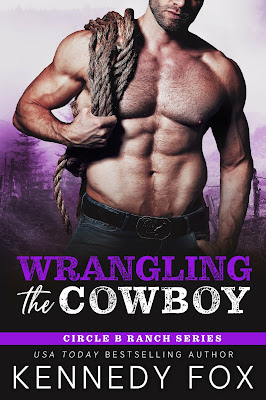 Bull riding is all Gavin’s known for years, but when it’s time to retire, he can’t let go of the reckless lifestyle. He finds a job that brings him to a small-town Texas ranch and face-to-face with the woman who snuck out after their one-night stand.
She can pretend she’s over him, but he’s not letting her go that easily.
Maize Bishop spends her days cooking and baking for her family’s bed and breakfast. The last thing she has time for is a relationship, especially when there are no single men within a hundred-mile radius. When a mysterious newcomer flirts with her over drinks, she gives in to his mesmerizing green eyes and goes home with him.
Now that he works for her family’s ranch, she’ll avoid him at all costs.
There are only so many places to hide, and keeping her distance is easier said than done. After months of giving her space, Gavin’s tired of waiting for Maize to admit what he knows they both want—a second round between the sheets. It may only take eight seconds to win a championship, but he’ll prove to her that he can go all night long.
She’s too young, he’s too arrogant, and together, they’re electric—the perfect recipe for disaster. 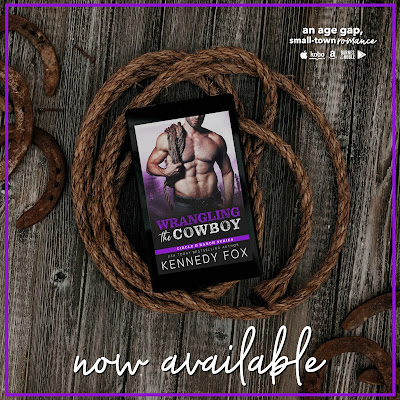 Brooke Cumberland and Lyra Parish are a duo of romance authors who teamed up under the USA Today pseudonym, Kennedy Fox. They share a love of Hallmark movies & overpriced coffee. When they aren’t bonding over romantic comedies, they like to brainstorm new book ideas.
One day in 2016, they decided to collaborate under a pseudonym and have some fun creating new characters that’ll make you blush, and your heart melt. Happily ever afters guaranteed!
View our full reading order here: http://bit.ly/2qgCqTu
Connect with Kennedy Fox
Instagram | Twitter | Facebook | Website | Newsletter
TikTok: @brookekfox and @lyraparish